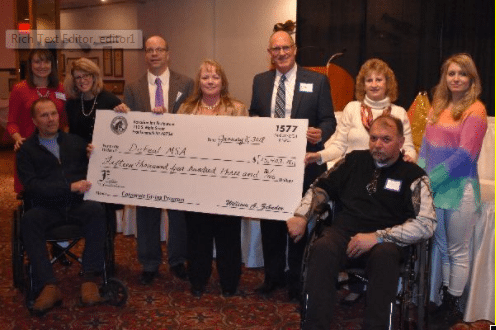 Bavarian Inn Restaurant raised $15,403.76 in 2017 through its more than 31-year-old Company Giving Program and the benefiting charity was the Defeat MSA Foundation (Multiple System Atrophy). The year-long campaign concluded at the end of December and the grand total for fundraising was announced at the post-holiday employee party on January 8. According to Kathy Walstad, co-chairperson of this year’s Bavarian Inn Company Giving Program, employees raised funds for this charity through voluntary payroll deduction, candy sales, a holiday open house event and other activities throughout the year. “Bavarian Inn Restaurant,” Walstad added, “has over 400 caring team members who give so generously each year to help those in need. We look forward to an exciting year of giving in 2018.”