With over 160+ games in our arcade, we have something fun for everyone! We are an official “Video Game Test Center” which means we get to try the newest games coming out before they are offered publicly. You’ll get premiere plays on the newest video games at our Family Fun Center! Stop in today and let us know what your favorite game is! 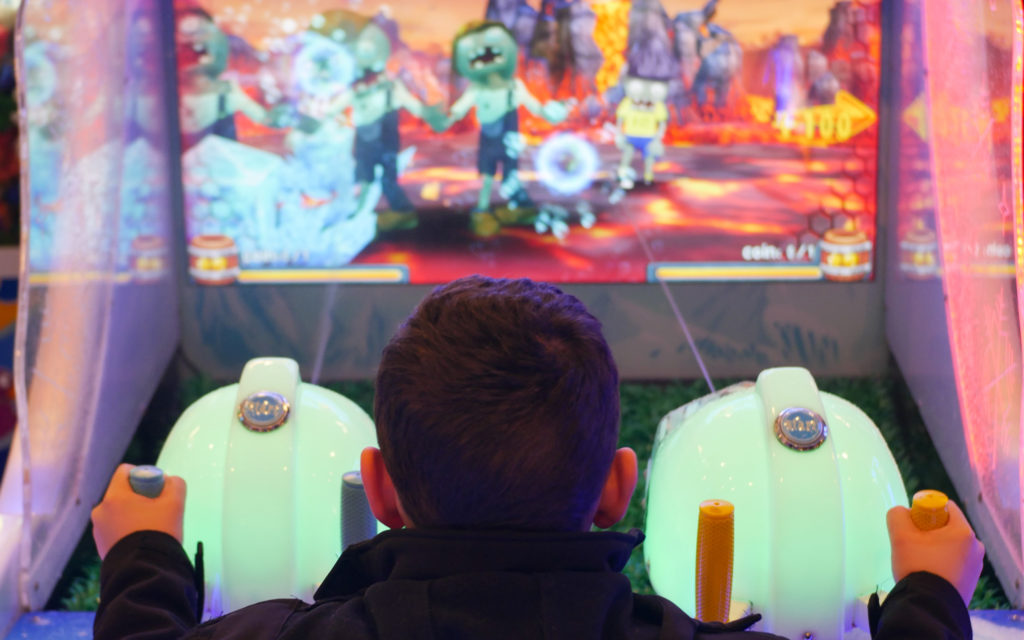 Shoot water at the video screen to freeze the approaching zombies in this 1 or 2 player game that’s fun for the whole family. Shoot the Super Sprayer power-up to unlock an intense 12 stream water cannon for more stopping power! This has been a family favorite since it first arrived as kids of all ages have a blast!

Willy Wonka and the Chocolate Factory

Very addictive coin, chip and card pusher in one of the world’s favorite themes, Willy Wonka!  The famous movie has been transformed into a very fun experience for the whole family.  Collect all the main characters featured in the card set for huge ticket bonuses!  Also win the Golden Ticket for an even bigger bonus! 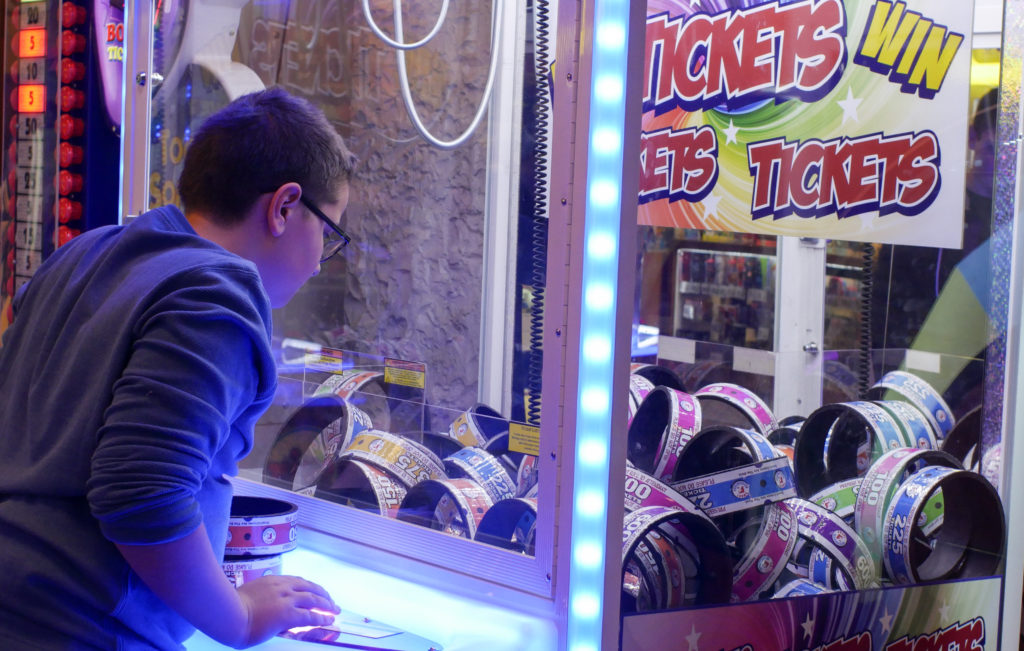 Win ticket rings with various ticket values.  This has been a hit since day one!  Guests enjoy not only winning the rings but wearing them throughout the Fun Center before turning them in.  We are not sure if this is a fashion statement but it does equate to lots of fun!

The heroes and the villains of the DC Comic universe come head-to-head in this new card vending arcade experience. Each gameplay session receives one of over 200 collectible cards starring one of the DC comic universe characters – Superman, Batman, Wonder Woman, The Flash, Green Arrow – it goes on and on! Scan your card into the game using the dashboard card reader. Build a unique team of three in any combination or put characters together that have compatible abilities to unleash a devastating super attack!

Combining a touch of classical music with a fun game, this app-to-arcade game is not just a great piece… it is grand! Grand Piano Keys is a game that lets 1-2 users at a time play some music while winning tickets. You win big by quickly and consistently pressing the lit/colored keys as they scroll from the top down. Be careful though – one mistake, and it’s game over!

What kid has not heard of Nerf?  Shoot your Nerf dart gun at hundreds of targets on the giant screen.  Play with a friend and blast those targets to oblivion while racking up huge points and tickets!  This is one of our prototype games that we are very proud to have available to you before it is available publicly!  Please let us know how fun it is!

Not only do we have the latest and greatest arcade games, but we also have plenty of classics. Introduce your kids to a favorite game from your childhood, or be swept up in the nostalgia of your favorite retro games. 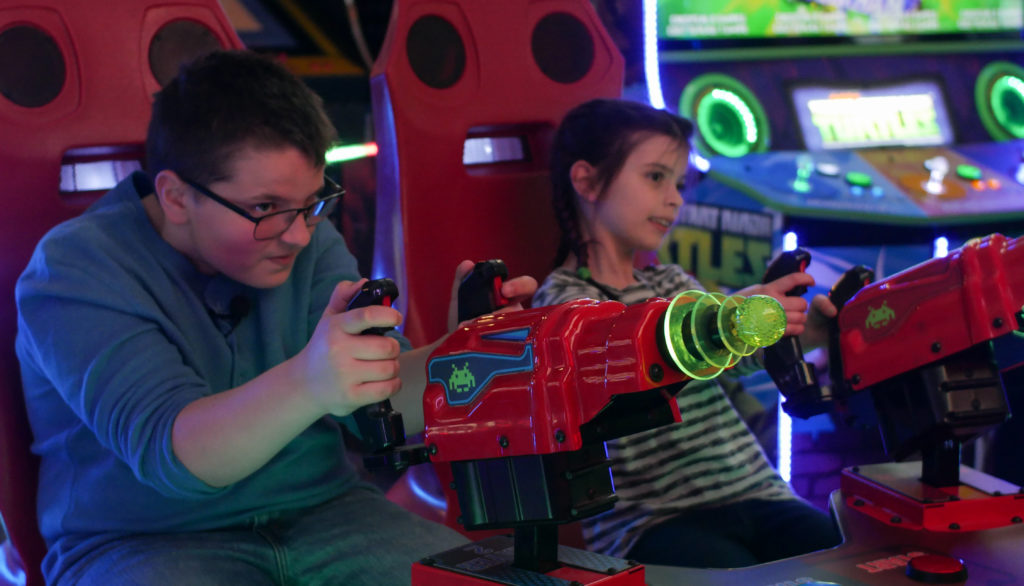 In 1978, a video game came along from Japan that changed the entertainment business forever. That game was Space Invaders. Soon afterward, arcades around the world found themselves packed with players chomping at the bit to get into the invader blasting action. The country of Japan even suffered from a coin shortage that was directly attributed to the game. The world had a fever, and the only cure was more Space Invaders.  Our version is a modern take on Space Invaders that has been a guest favorite!  Experience this new twist on the classic with a giant screen and user aimed cannons! 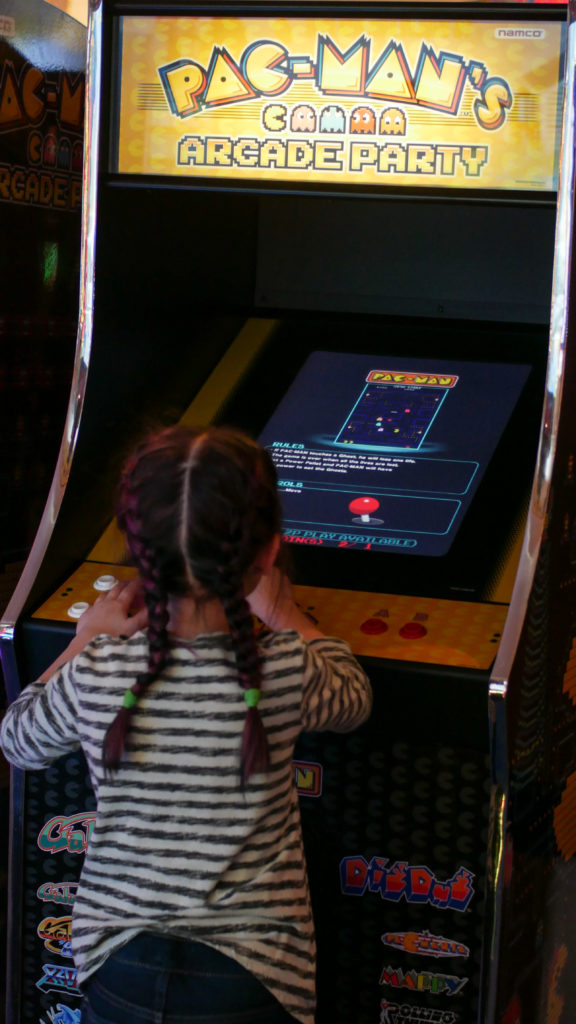 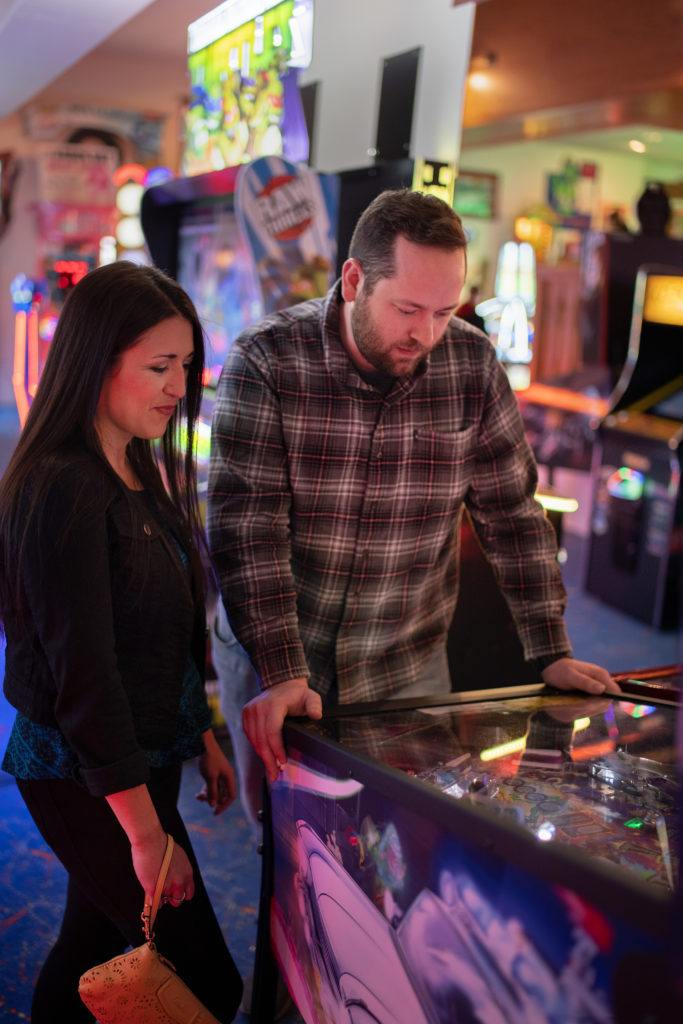 Take the journey to a galaxy far, far away once again with STAR WARS pinball which is based upon the original trilogy of films, Episodes IV, V & VI. There are four selectable game modes in this edition: Escape From Hoth, Destroy The Death Star, Escape From Tatooine, Battle Above Endor. May the force be with you.  Enjoy this and many other of the latest pinball offerings!